The Fair Flower of Northumberland

This tune is hexatonic in G major with no 7th, and the arrangement is another one that moves a drone note around, just one bass note per verse. This slow-moving drone supports some very simple I-IV-V functional harmony, which is the same every verse. The Broadwood seemed to suit the gentle rocking.

The tune is sort-of pentatonic on A, the five notes being G-A-B-D-E. Presumably there’s a name for this, but I don’t know what it is, and don’t care enough to find out.
I decided to ignore the G, which only happens in the chorus anyway, and play just A-B-D-E all the way through, for ten and a half minutes, above a bass drone of E. At each chorus/refrain, the bass note shifts to F and then to F sharp, before returning to E for the next verse. At the very end I felt guilty about it not resolving to the ‘tonic’ so the bass goes B, Bflat, A instead. And that’s all that I do. Really I just needed to get the hell out of the way of the story, and let Amble do the narrative heavy lifting. Originally I was playing all the way through, but in the mix we muted the piano for the last few verses.
The piano part was recorded in a single take, as the chances of me playing the same thing more than once were very small indeed.

I was back on the McNulty for this one: F sharp major hexatonic with no 7th (but I just played in F sharp major). The first phrase becomes the intro and the interludes, and the rest of it is just a groove really. I still seem to be playing in three parts a lot of the time: I think I just like the open texture on that piano. Normally I would try to avoid playing in F sharp, but the deliberately out-of-tune 3rds gave the song a certain kind of tension.

This glorious tune is in G major, so it was time to put all that time spent playing hymns as a teenager to good use, and play in good ol’-fashioned moralising four-part SATB. The tune has F sharps in it but I’m playing F naturals, and there’s only one drone this time, which finally makes its appearance quite late in the song for a moment of melodrama.

I had recorded a beautiful melodica solo for this, but Alasdair and Amble didn’t like it: on reflection they were right, of course. So I deliberately recorded the harmonium as badly as possible, chucking a microphone in its general direction and picking up lots of rattly keyboard noise. My phone even went off at the end, but Calum hid that in the mix. Once Ali had added his guitar to it, it sounded like a decrepit music box that’s just about to die forever, and I love it. 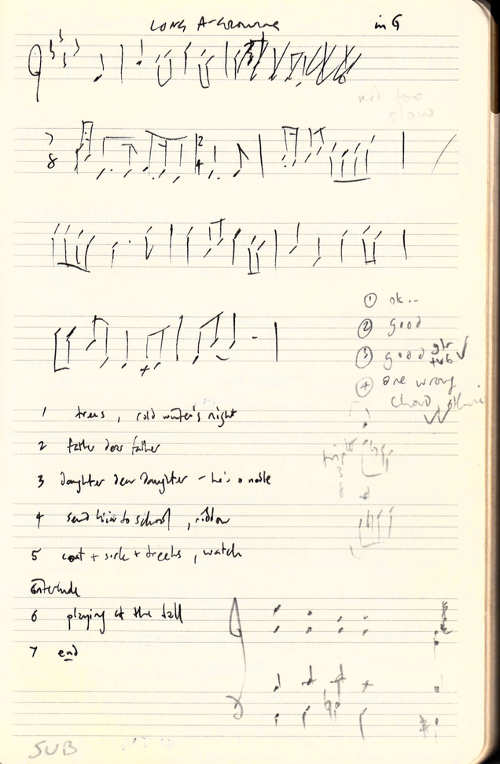 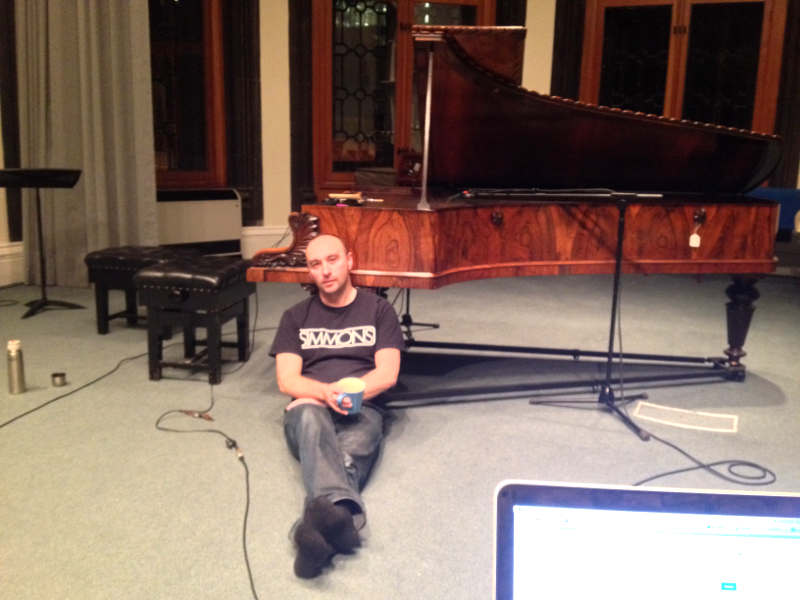