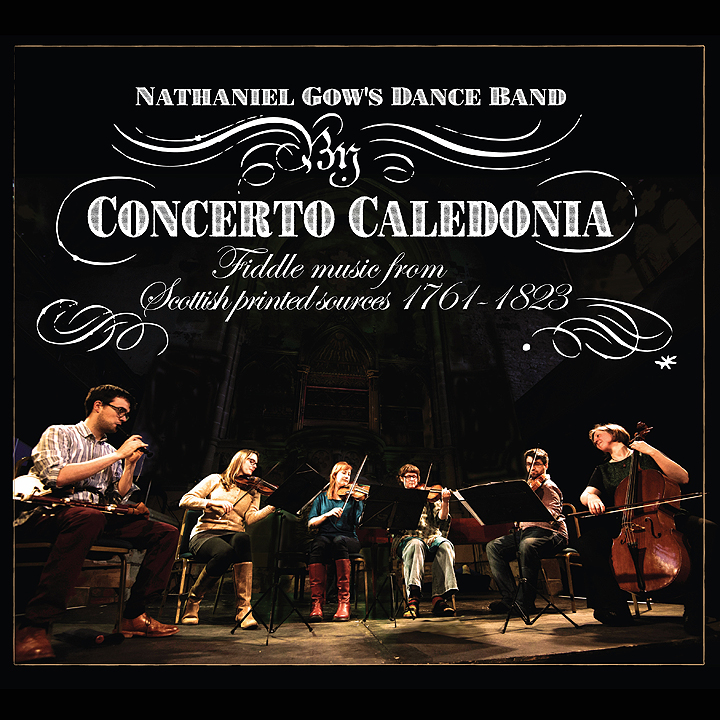 
check out our sources and more at www.hms.scot

Throughout history composers have been inspired by folk music, either traditional songs or dances. In the case of composers of the 19th and 20th centuries these influences are often not that hard to trace but that it is far less easy in music of previous centuries. Folk music was hardly ever written down and usually handed down orally from one generation to the next. Many musicians were probably not even able to write at all.

The present disc comprises pieces from printed fiddle books from Scotland. The earliest date from the middle of the 18th century. That is no coincidence. During the 18th century there was a growing interest in folk music as the example of Telemann shows. Moreover, representatives of the Enlightenment were in favour of more 'naturalness'. It was the time when Nature was seen as the source of Truth, and the closer a man got to Nature, the closer he got to the Truth. It explains the attraction of exotic cultures, often associated with the 'noble savage', especially those outside Europe - one can think here of Rameau's Les Indes Galantes. However, the Enlightenment also discovered the folklore of European cultures.

Georg Philipp Telemann bears witness to that. In 1704 he became Kapellmeister in Sorau (today: Zary in Poland). "When the court resided for six months in Plesse and Krakow I became acquainted with both Polish music and the music of the Hanaks. This in all its barbaric beauty. (...) One can hardly imagine the brilliant ideas the wind players and violinists brought forth during the improvisations at moments when the dancers were allowed to rest". He was clearly strongly impressed by what he heard: "If you were to write down all that was played there, after a week you would have enough ideas for the rest of your life. If you know to turn it to your own advantage, there is so much good to be had from this music".

In the case of Scotland there is an additional reason. The interest in Scottish folk music was also politically motivated. In 1707 Scotland and England became one kingdom under the name of 'Great-Britain' as a result of the Act of Union. Many Scots considered this an attempt at assimilation, at the cost of their own identity. It encouraged representatives of Scottish culture to try to keep alive or to bring back what was considered typically Scottish. In the first half of the 18th century a number of collections of Scottish songs were published. Some of these included melodies, but others only mentioned the titles of melodies to which the texts could be sung. These collections are also the sources for the arrangements by some of the major composers of the classical period, Haydn and Beethoven.

Most of the collections which were the sources of the present programme of the Nathaniel Gow's Dance Band are from that same time. It seems likely that these are also the result of the attempt to keep Scottish traditions alive. The ensemble has derived its name from the most successful dance band in Edinburgh from the 1790s into the 1820s. The dances are either reels or strathspeys. Apparently it is taken for granted that the listener knows what these terms mean. That may be true for Scottish or even British audiences but assuming that music lovers - and especially lovers of 'world music' - may also be interested in this repertoire some information about these dances would not have been amiss.

New Grove gives this definition of a reel: "An indigenous and probably very ancient Scottish dance. The reel contains two basic dance elements: a setting step danced on the spot, and a 'travelling' figure, i.e. movement in a particular pattern." ‘Reel’ is a collective term; the dance can take different identities. One of them is the strathspey: "A Scottish dance, a Reel of slower tempo, allowing the use of more elaborate steps both in the setting step and in the travelling figure. It usually leads into another reel without a break, or vice versa. It is written in common time, crotchet = 160 to 168, or slower. Musically, the strathspey is characterized by its dotted quaver–semiquaver rhythm and the inversion of this, the 'Scotch snap'". According to the liner-notes in the booklet "the strathspey and the reel were still developing their distinct identities: some strathspeys have no dotted or back-dotted rhythms at all, and some reels are in jig time". Obviously a performance of this kind of repertoire requires much improvisation. That is in line with the performance practice of the time: much music was not written down at all and what was written was probably only the starting point of what was actually played. Moreover, as the liner-notes say, "the printed versions certainly don't represent the only way to play each tune, but they do show one of the possible ways (...)".

The players use historical instruments but otherwise they have taken some freedom in regard to what is known about the practice at the time. For instance, the comment on Kheellum khallum taa fein (track 3) says: "From the evidence of contemporary paintings, pipes and fiddles didn't play together for dancing, as one group of musicians is usually depicted drinking while the others play. But our fiddlers joined in with the pipes anyway". The same freedom - probably more justifiable - is taken in Port Gordoa (track 14) which is from a collection of pieces for the harp. It is played here with cello and square piano.

The documentation in the booklet is excellent. That is especially important in the case of such unknown repertoire as is presented here. There is also some useful information about the compilers of the various collections as well as comment on the pieces which were selected for the programme. More importantly the playing is outstanding. Academic playing is never advisable but here even less so than in every other repertoire. The dances are played as what they were intended to be: musical entertainment. The players really let their hair down and make the most of these dances. Even if you don't particularly like folk music there is a good chance that you will enjoy this disc. The music and the liner-notes give much insight into a part of music history which is largely unknown, certainly outside of Scotland.